Home News Article Chain of a lifetime: An introduction to the Blockchain

The Blockchain is a public ledger of digital events that is shared between numerous parties. It can only be updated if the majority of the participants in the system agree and once information is entered, it cannot be erased.

The Bitcoin blockchain, for example, has a precise verifiable record of every single transaction ever made, if compared to regular banking each block is an individual bank statement.

Bitcoin is the most widely known application that uses blockchain but is one of many different digital currencies that exist that uses cryptography for security (long strings of numbers and letters linked through private and public keys).

Through the Blockchain it is possible to record the fact that an event happened, that it happened correctly, and without exposing any confidential details about the subject matter or the participating parties. As it is not issued by a central authority it is therefore hypothetically immune from government interference; however the anonymous nature of cryptocurrency transactions makes them well-suited for a host of illegal activities such as money laundering or tax evasion. Another downside is that prices are based on supply and demand, so the rate at which a virtual currency can be exchanged for another can fluctuate widely.

The potential uses of the Blockchain technology are enormous. One emerging area is “smart contracts” in which a decentralized network can validate whether a contract has been properly executed without disclosing any confidential information about the parties or the transaction itself. These pose both legal benefits and challenges.

There is also much discussion of the potential for blockchain to be used for identity registration with uses including voting, marriage & birth certificates, & health records. It was recently published that a San Francisco based entrepreneur registered the birth of his daughter on blockchain through a video in which he states the baby’s full name, date and location of birth and then hashed it on the blockchain using blockchain verification service Proof of Existence.

Blockchain and Smart Contracts in Retail 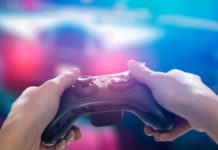 There’s more to blockchain than Bitcoin!