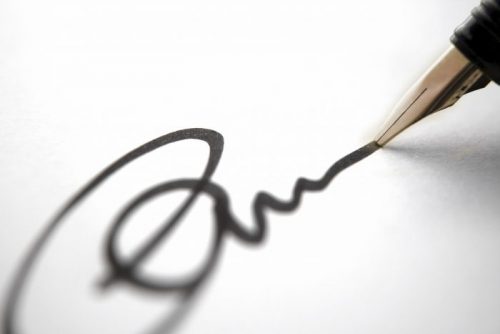 At first sight it seems unlikely that a new piece of legislation dealing with measures to combat slavery and human trafficking would have anything to do digital business.

The digital business implications arise by virtue of the requirement for publication on websites of an annual slavery and human trafficking statement (a “Statement”).

When will it apply?

Section 54 of the Modern Slavery Act came into force on October 29 2015. It applies to businesses, trades and professions (both bodies corporate and partnerships) which:

a) Are based inside or outside the UK and carrying on business within it;
b) Supply goods or services and have a turnover (after deduction of trade discounts, value added tax and certain other taxes) of more than £36million (including the turnover of the organisation’s subsidiary undertakings, wherever operating); and
c) Have a financial year ending on or after 31 March 2016 (organisations with a financial year ending after the implementation of Section 54 but before 31 March 2016 need not comply with the reporting requirement until their next financial year has ended BUT it may still be worthwhile considering what practical steps can be taken before that to put in their first Statement).

The contents of this Statement, are not prescribed by the Act. It may include details about:

The government issued guidance on this issue, under section 54(9) of the Act, on 29 October.  The guidance explains “how the Government expects organisations to develop a credible and accurate slavery and human trafficking statement each year and sets out what must be included in a statement” (emphasis added).  Although the Act itself is not prescriptive, as explained above, the guidance is in effect likely to be seen by consumers and NGOs as setting out the minimum standard, and organisations that fail to meet this standard are likely to come under closer scrutiny.

Section 54 applies to any “body corporate (wherever incorporated) which carries on a business, or part of a business, in any part of the United Kingdom”

This wording is the same as can be found in Section 7 of the Bribery Act 2010 (Failure of Commercial Organisations to Prevent Bribery), so the intention is to give the UK a broad international jurisdiction in this area. However, the guidance notes make it clear that a common sense approach will be applied when determining whether an organisation has a “demonstrable” business presence in the UK.

In practice, the following examples may be useful to understand the reporting obligations on international companies and group companies:

Eg. 3 Hugetech Global has another subsidiary, Hugetech Risk, which operates in manufacturing in high-risk geographies. It has a turnover of £45m but is an independent business and does no business in the UK.

Reporting Obligations:   See Eg.2 for Hugetech Global’s reporting obligations generally.    There is no absolute reporting obligation on Hugetech Risk, as it does not meet the test of carrying on business in the UK. However it would be seen as good practice either for it to publish its own Statement, or for Hugetech Global to include details of its anti-slavery actions in its Statement.

How is it enforced?

The only power of enforcement given to the Secretary of State is the power to apply to the courts for an order requiring an organisation to publish a Statement in accordance with section 54. In reality, the practical effect of this power of enforcement is likely to be to create adverse publicity.

The first step organisations should take is to review their risk profile regarding human trafficking and slavery and identify the parts of the business and supply chain that are most susceptible to it. From that point on we might recommend they take the following actions:

– Identify any high-risk geographies and product sectors in which the organisation or its suppliers do business, perhaps referring to third party sources such as the Global Slavery Index;
– Establish and regularly review clear supply chain due diligence and audit processes designed to identify and eliminate any slavery or trafficking;
– Consider appointing one of the specialist external auditors of supply chain compliance;
– Consider specific training for employees who are at a risk of exposure to slavery and trafficking, such as buyers or those working in high risk areas;
– Draft and regularly review a specific policy regarding these issues;
– Review any other policies that could be related, such as the policies on bribery and corruption and human rights;
– Introduce standard terms with suppliers to make sure these policies are being enforced throughout the supply chain;
– Appoint a compliance officer who will be tasked with monitoring and enforcing the relevant policies;
– Introduce a set of performance indicators to measure the effect of any anti-slavery actions undertaken. 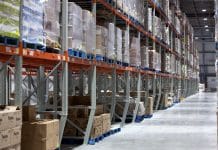 The UK’s Modern Slavery Act — have you added a TISC statement on your website yet?

Duties on UK Website Providers to People with Disabilities