In many ways, the sharing economy has been present in the Danish society for several centuries. We have shared in the form of brief user rights to tools and instruments such as ploughs and later on via common washers and housing cooperatives.

In recent years, the sharing economy has gone through a rapid evolvement concurrent with modern technology. The development of sharing economy in closely linked with digitisation and it is thus safe to assume that we have not seen the last sharing economy project yet.

The question of how sharing economy can be exploited even more than it is now and if there are still hidden treasures to be found is precisely what the partnership ‘Sharing City’ (in Danish: ‘Deleby‘) between the Danish Architecture Centre, Realdania and The Fund for Green Business Development aims to investigate.

Partner at Bird & Bird, Martin von Haller, is on the advisory panel in Sharing City due to his substantial legal experience, knowledge of business models and expertise within technology projects.

About 10 Danish municipalities participate in the project thus committing to being pioneers on how municipalities can benefit from sharing economy projects by being innovative and welcoming to new ideas and suggestions. The Danish Architecture Centre has been very open about wanting everyone from citizens, other municipalities, private companies, unions and researchers to contribute with their sharing ideas.

However, sharing economy does raise issues that are important to discuss and assess before the adventure can begin. It is quite plausible that legal, ethical and labour market issues may arise, before the ideas from ‘Sharing City’ can be carried out.

Some of the problems have already been debated widely. Amongst others, some sharing projects have been criticized for being owned by large multi-international companies that do not have a head office in Denmark leveraging on tax rules in tax heavens. It has also been said that companies such as AirBNB and Uber do not compete on fair grounds compared to the existing hotel and taxi-services. Furthermore, these companies have been criticized for bringing the Danish labour model in jeopardy because of their “creation” of the so-called casual labourer who is not protected by the usual preceptive legislation.

And precisely the legal difficulties could potentially turn out manifold de facto creating a degree of uncertainty for the initiative taker in sharing projects. However, the uncertainty can be avoided if the correct and appropriate precautions are taken. Just to mention a few, issues could arise in legal fields such as intellectual property and license agreements, personal data and data security, tax and real estate. Furthermore, ‘Sharing City’ is deeply rooted in the municipality and this might constitute a problem in relation to procurement and competition law.

As mentioned, the legal areas above could all create barriers for efficient sharing projects. On top of that, it is vital to separate commercial and private sharing projects since this has a huge impact on the tax aspects should a revenue be generated. It is important to notice that the list of areas mentioned in this blog is not exhaustive.

In near future, Martin will elaborate on some of the issues mentioned above. He will try to establish what legal problems sharing economy projects may run into and thus what they should be prepared for. 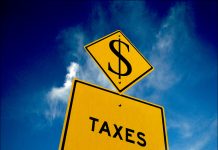 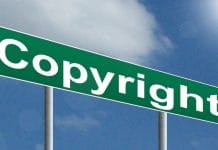 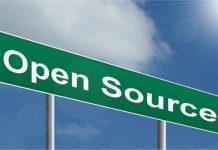 Self-driving cars and open source – what about GPLv3 and anti-tivoization?