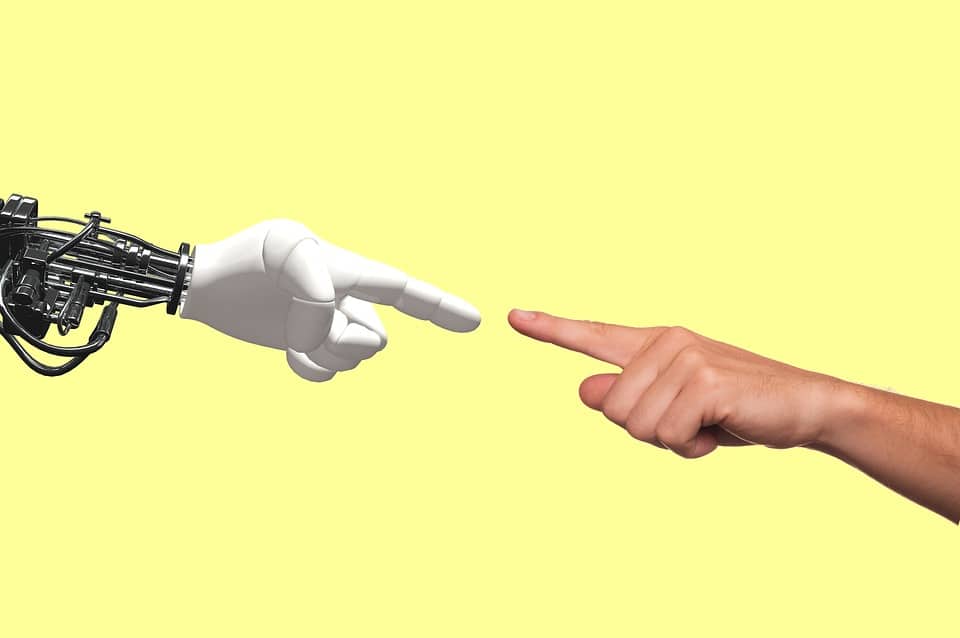 Here are his notes for the event:

The quick answer to the question of whether we need robot law is that at this stage in the development of AI there is no need for a general robo law along the lines of Isaac Asimov’s three or four laws of robotics.

That being said there are lots of areas where existing law needs to be changed and new laws need to be introduced in order to deal with robotics and artificial intelligence.

In order to classify the changes, three types of change to the legal environment can be identified:

Facilitative changes to the law: Looking first at the facilitative changes. Some existing laws are restraining the introduction of AI – probably fewer than might be expected. These laws need to be modified if we want to introduce AI. Examples include;

For Tech lawyers these are interesting and important issues but – in general terms – they are conventional Tech law. The law has always needed to evolve to cope with technological innovation. Sorting out these types of legal issues is the type of work that Tech lawyers do on a daily basis.

Controls on the introduction of AI and the scope of usage of AI: this is the second category where legal changes that may be required. Perhaps we need to think about the ways in which legal protections can be introduce to ameliorate the economic consequences of widespread AI adoption. It does seem that widespread disruption frequently tends to be for the economic benefit of a very small minority. It can take many years for more widespread benefits to spread around society in general.

There are lots of statistics and discussions on the overall economic benefits and risks associated with the widespread adoption of AI systems. My take is that AI is disruptive and that technology that is seriously disruptive generally has a disruptive impact on society. It is said that the adoption of autonomous vehicles in the US may result in the loss of at least 3m driving jobs. This would be very disruptive – on a scale way beyond the current levels of voter dissatisfaction in the US. This is risky stuff to play around with.

We can take steps through changing the legal framework to ensure that increasing inequality is not an effect of the widespread adoption of AI. We need think about the modern day equivalents of the 19th Century Factories Acts. These Acts protected factory workers from being forced to work excessively long hours. There are parallels now with the “gig” economy and the tendency for disruptive Tech companies to expect workers to work on a self-employed basis rather than as employees.

Neil Brown suggests that human impact assessments should be a requirement for the introduction of AI systems. Before an AI system is introduced a human impact assessment should be carried out to assess whether or not the introduction of the system will be beneficial or not.  This is certainly not the complete solution but it is an interesting concept.

Legal Controls on the Speculative Consequences of AI: This is the really scary stuff. Stephen Hawking has commented, “the development of full artificial intelligence could spell the end of the human race”. He was talking in the context of AI weaponry but there are serious concerns about the unforeseen consequences of singularity – the point when AI becomes just as intelligent (if not more intelligent) than human intelligence.

No one knows when this will occur – sometime over the next 100 years seems to be the best estimate. (I don’t think you need to be too much of an expert to make that prediction). And no one knows what the consequences will be when singularity occurs.

I’m interested in the approach of the Machine Intelligence Research Institute. Building on the ideas of Eliezar Yudkowsky and Nick Bostrum, MIRI is trying to determine the mathematics that underpin human intelligence in order to develop tools that will enable the development of beneficial general AI.The idea of trying to discover the mathematics that underpin human intelligence is a somewhat baffling and unlikely prospect. But when Newton said that he could use mathematics to predict celestial and terrestrial motions most people found the concept equally baffling. We shouldn’t dismiss the idea altogether.

Whilst there is no need for a general law of robotics at this stage, the principles that underpin Asimov’s ideas are worth thinking about. An expert group from the Engineering and Physical Science Research Council has taken these thoughts forward and has identified 5 principles of robotics, including the principles that humans not robots are responsible agents and the person with legal responsibility for a robot should always be attributed.

These are useful principles. They are a sensible basis for the control and management of the legal risks associated with AI systems. They are not law and there may be no need for them to become law but they are a useful guidance for the developments of laws associated with the implementation of widespread AI.