This article briefly considers how electronic signatures may be used for contracts governed by English law, at a time when signatories may be forced to sign documents remotely.

Is a signature necessary?

Generally speaking, in English law a contract can be concluded by offer and acceptance. That does not require a signature, although of course in most formal commercial contracts the parties choose to sign the documents in order to evidence their authentication of the contractual document and assent to its terms. In this situation, an electronic signature of any kind will be legally effective to conclude the contract, so long as:

However, as we discuss below, the law occasionally requires a signature for a particular kind of contract or clause within a contract. That situation would require further evaluation.

The EU eIDAS Regulation[1] , which currently remains part of English law, and The Electronic Communications Act 2000 provide that all kinds of electronic signature are admissible in evidence.  This means that they can be adduced in court as evidence of intent to authenticate the document. Since it is open to the opposing party to submit contrary evidence, from a practical perspective it is sensible to use a formalised signing platform that logs the fact of the signature, how it took place and what was signed.

Electronic signatures are commonly used in England for the execution of documents. For most types of contract, in the absence of a mandatory signature requirement, they are likely to be valid and enforceable, subject to usual contractual requirements such as the intention of the signer to authenticate the document and (for a legal entity), the authority of the signatory.

For some kinds of contract (and indeed for some kinds of clause that may be found within a contract) the law lays down a mandatory requirement for a signature. That poses a different question: does an electronic signature comply with such a requirement? That is a question of validity. Non-compliance is likely to affect the validity of the transaction.

STATEMENT OF THE LAW: EXECUTION WITH AN ELECTRONIC SIGNATURE

(1) An electronic signature is capable in law of being used to execute a document (including a deed) provided that (i) the person signing the document intends to authenticate the document and (ii) any formalities relating to execution of that document are satisfied.

(3) An electronic signature is admissible in evidence in legal proceedings. It is admissible, for example, to prove or disprove the identity of a signatory and/or the signatory’s intention to authenticate the document.

(4) Save where the contrary is provided for in relevant legislation or contractual arrangements, or where case law specific to the document in question leads to a contrary conclusion, the common law adopts a pragmatic approach and does not prescribe any particular form or type of signature. In determining whether the method of signature adopted demonstrates an authenticating intention the courts adopt an objective approach considering all of the surrounding circumstances.

(5) The Courts have, for example, held that the following non-electronic forms amount to valid signatures:

(a) signing with an ‘X’;
(b) signing with initials only;
(c) using a stamp of a handwritten signature;
(d) printing of a name;
(e) signing with a mark, even where the party executing the mark can write; and
(f) a description of the signatory if sufficiently unambiguous, such as “Your loving mother” or “Servant to Mr Sperling”.

(6) Electronic equivalents of these non-electronic forms of signature are likely to be recognised by a court as legally valid. There is no reason in principle to think otherwise.

(7) The courts have, for example, held that the following electronic forms amount to valid signatures in the case of statutory obligations to provide a signature where the statute is silent as to whether an electronic signature is acceptable:

The validity of electronic signatures under English law for each type of contract needs to be considered.  That includes other formalities and considerations beyond signatures themselves. This would include:

Under English law, there are statutory formalities for the execution of deeds, including required formalities for a UK company[2], overseas company[3], and individuals[4].

Importantly, these require deeds (a formal UK document commonly used, amongst other reasons, for land and bank security arrangements) to be signed in the presence of a witness if signed by a sole director or by an individual.

The England and Wales Law Commission Statement referenced above separately concluded that under the current law, the requirement that a deed must be signed in the presence of a witness requires the physical presence of that witness.  It is not clear whether a deed can be validly signed in the physical presence of a witness where the parties are using electronic signatures and/or an electronic signature platform, and ‘wet-ink’ signatures may still be required.   If the intention is to avoid contact with others when signing documents, this requirement for physical presence of a witness may be problematic.   If families are isolated, it may be that an adult family member could act as witness, but for certain types of deeds, such as wills, there is also a requirement of independence. English law also requires that deeds are delivered, the timing and method for which may be more difficult to determine where the parties are using an electronic signature platform.

Finally, for certain documents, there remains a requirement to have original ‘wet-ink’ signatures, such as for documents required to be filed with the UK tax authorities or Land Registry. For these documents, electronic signature will not be an option.

When you are contracting with other legal entities, it matters in which jurisdiction they are based

Under English law and for contracts governed by English law, contracts entered into by overseas (non-UK) legal entities generally need to be executed by those entities in accordance with the law of the place of their incorporation and/or by a person authorised under that law[5].

If you are entering into a contract with a company incorporated outside the UK, you should take legal advice in that company’s jurisdiction of incorporation to confirm that the use of electronic signatures will not impact on the validity of the contract.

Be extra careful when dealing with legal entities

The constitutional documents of a legal entity should be checked for applicable signature requirements, including any restrictions on the use of electronic signatures.Where a director or secretary (for a company) or member (for a limited liability partnership) is signing a document on behalf of the legal entity, it can also be important who appliesthat signature. For example, if a director asks their assistant to apply his or her signature to the contract, that signature may then not be effective as only the company and not the director can delegate signing authority.

Companies that want to start using a digital signature platform will need to agree a licence for the product and arrange training for their signatories to use the platform.

Where signatories are home working, companies will want to ensure that they are able to access signature documents remotely, print signature pages as necessary and (where copy signatures are sufficient) scan back or provide a jpeg of signature pages.

This article is also available in PDF. 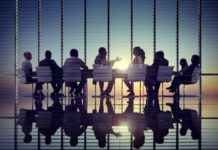 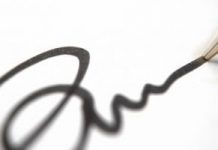 Can I use an electronic signature?