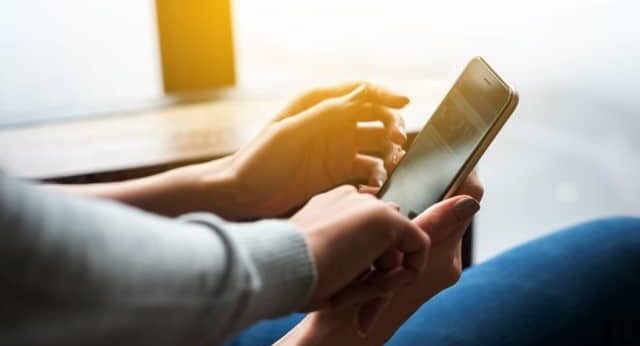 Hoaxes about the supposed benefits of anti-inflammatory drugs, drinking chloroquine, taking vitamin C or eating garlic soup: these are just a few examples of the type of online misinformation that has been circulating on social media in relation to COVID-19. This “infodemic” has become a source of political concern during the global health crisis, when the circulation of misleading information can be particularly dangerous. In a video statement on 31 March, European Commission President, Ursula von der Leyen, said “Disinformation can cost lives” and called on social media companies to share data with fact-checking communities.

While social media companies have taken measures to address harmful content on their networks and facilitate access to trustworthy sources, their actions will be under increased scrutiny over the next weeks and months. The scope and effectiveness of the voluntary measures they put in place during this critical time will help to determine how far EU legislators will go in the future with respect to potential regulation of online platforms.

A number of large technology companies including Google, Microsoft, Facebook and Twitter sat down with the European Commission Vice President for Values and Transparency, Věra Jourová, on 3 March to discuss ways to curb the circulation of online disinformation. According to a statement from Vice President Jourová after the meeting, the participants agreed to “promote authoritative sources” of news, “remove forbidden or harmful content”, as well as protect consumers from “misleading ads.”

The EU’s Rapid Alert System for flagging serious cases of disinformation has also been put to use during the current health crisis, amid allegations that malicious state actors could be actively disseminating “fake news”. The Commission confirmed last month that the tool had been employed to share knowledge between Member States and G7 partners concerning “fake news” about COVID-19 believed to come from “external sources”.

In addition to social media platforms, the public health crisis has put the spotlight on misinformation forwarded by a friend or family member on messaging and Voice over IP (VoIP) services. The Facebook-owned service, WhatsApp, which allows users to send text messages as well as make voice and video calls, encrypts conversations so they can be seen only by the sender and the recipient. While this helps to guard the privacy of users, it makes it difficult for any content moderation to take place.

“It is clear … that a lot of false information continues to appear in the public sphere. In particular, we need to understand better the risks related to communication on end-to-end encryption services” Vice President Jourová said in a statement on 17 March. WhatsApp has responded that it is making use of local fact checkers and promoting fact-checking organisations and health ministries on Facebook.

Even before the pandemic, calls for EU-wide regulation had grown amid concern that reliance on self-regulation by online platforms may be insufficient to address the problem of misinformation. In a recent non-paper entitled “Towards a Better Regulatory Environment against Disinformation in the EU,” Latvia stated an EU-wide approach was necessary since dealing with online harms on a sectoral basis and relying on a voluntary approach by online platforms is no longer viable.

At European level, representatives of online platforms, leading social networks, advertisers and advertising industry had already agreed on a self-regulatory EU Code of Practice in 2018 to address the spread of online disinformation and “fake news”. This included a range of initiatives, from more transparency regarding political advertising to the closure of fake accounts and demonetisation of purveyors of disinformation. However, in its subsequent assessment, the Commission found that more remained to be done by online platforms to tackle disinformation effectively. In the current health crisis, the systems put in place by social media networks and messaging services to curb the proliferation of misinformation are facing their greatest test.