Home News Article The Ins and Outs of Geoblocking 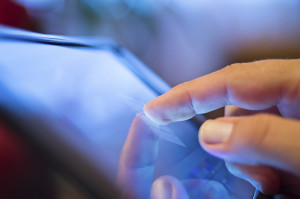 Geoblocking has become a controversial topic. The European Commission sees unjustified geoblocking as an impediment to the Digital Single Market. There is a broader perception that geoblocking contributes to an undesirable territorial fragmentation of the internet. What is geoblocking and why does anyone do it? Here is a guide.

What geoblocking is and what it isn’t

My definition of geoblocking (which may not be everyone’s) is: “A technical means employed by an internet site to detect and refuse incoming requests from particular territories.”

Taking the elements point by point:

Geoblocking employs some kind of geolocation technology (at its most simple based on the user’s IP address) to identify the geographical source of an incoming request.

Other geographically based practices are sometimes spoken of in the same breath as geoblocking. Thus the European Commission proposed Regulation refers to “geo-blocking and other forms of discrimination”. Only one of the four practices that it identifies – ‘blocking access to website across borders’ – is geo-blocking properly so-called. The other three are:

This approach places geoblocking in the domain of EU internal market policy, in pursuance of which suppliers may be required to refrain from practices regarded as restricting the free flow of goods and services across borders within the EU.

Employed by an internet site

Geoblocking can be distinguished from network blocking. Geoblocking technology is used by a website to detect, at the point at which they hit the website, incoming requests from other countries.

Network blocking, by contrast, is used by ISPs in the user’s country to detect and block outgoing requests. The block is implemented within the ISP’s network. Network blocking is not necessarily implemented for geographic reasons. For instance in the UK it is used to prevent access to child abuse images regardless of where the images are located. However in practice network blocking may often have a strong geographic element. The Chinese Great Firewall is designed to prevent access to foreign content. Site blocking injunctions granted by UK courts are typically granted in relation to sites outside the UK jurisdiction.

The distinction between geoblocking and network blocking is not always precise. Blocking techniques applied by international platforms or search engines could be regarded as one or the other, depending on how and where blocks are implemented.

The ability of an ISP to perform network blocking may be constrained by network neutrality legislation. Conversely, network blocking compelled by the state is likely to engage the fundamental rights of both ISPs and users, requiring assessment of the clarity and accessibility of the law and its necessity and proportionality.

Unlike geotargeting, the purpose of which is to serve up localised content or advertisements to users in particular locations, the point of geoblocking is to refuse requests for particular content from a particular location. Both techniques use similar geolocation technologies. The boundary between geotargeting and geoblocking can be fuzzy, for instance where a request is blocked and redirected to different content.

Geoblocking is strictly territorial. It does not detect nationality or residence. In the French Yahoo! Nazi memorabilia case in 2000 the possibility of obtaining declarations of nationality from users was canvassed alongside geoblocking. It may not always be clear whether a nation state seeking to enhance the effectiveness of its local laws is seeking to protect an interest based on territory or nationality.

Why do internet sites geoblock?

Geoblocking is rarely expressly required by law. More typically geoblocking is a response by an internet site to the possibility of liability arising from a legal environment or set of circumstances in which it finds itself. Geoblocking may be considered as a less unpalatable alternative to global removal of the content in question.

These are some typical scenarios.

Intellectual property rights such as copyright are territorially defined on a national basis. Thus US copyright is distinct from French, UK, German or Russian copyright. Content is often licensed, or ownership divided, on a territorial basis. That territorial division may be reflected in the use of geoblocking to prevent access from other countries, either unilaterally or perhaps at the behest of a licensor of content to the internet site.

These kinds of practices are on the radar of the European Commission. The Commission has been conducting a competition investigation in respect of reciprocal geoblocking obligations entered into between film studios and the satellite broadcaster Sky. Contractual obligations to geoblock may amount to a restriction on passive selling contrary to EU competition law.

The Commission’s proposed Content Portability Regulation has the main aim that users who have paid for online content in their EU member state of residence should be able to access that content when they are temporarily present in another EU member state. Such extended provision of the service and its use by the subscriber would be deemed for copyright purposes to occur solely in the subscriber’s Member State of residence.

An internet site may choose to geoblock if it perceives a sufficiently high risk of liability for contravention of another country’s laws. Risk assessment is a complex matter, taking into account factors such as substantive territorial reach of the laws in question, which country’s courts could assume jurisdiction, enforcement and reputational aspects. An internet site may be reluctant to act in response to exorbitant assertions of territorial reach, especially if another country’s laws are claimed to apply merely on the basis that content can be accessed in that country.

Nevertheless examples of responding to general laws do exist, such as when the New York Times took steps at the end of August 2006 to prevent access from the UK to an article on its website, out of concern for possible breach of UK contempt of court laws.

Where a court or regulatory authority has assumed jurisdiction over a foreign internet site and issued an order against it, the site will have to consider what steps it should take to comply with the order. Geoblocking may be a viable alternative to global removal of the content in question. However, as the current ‘right to be forgotten’ dispute between Google and the French data protection authority (CNIL) illustrates, the adequacy of geoblocking as a response may be contentious.

Sites may employ geoblocking in response to a notification from national authorities that content violates local laws. Twitter’s ‘Country Withheld Content’ tool is an example.

Geoblocking may also be a response to a network block. In 2015 Reddit geoblocked content that the Russian telecommunications authority had notified to it as breaching Russian law. The authority lifted a previous blocking instruction to ISPs, issued following Reddit’s apparent initial lack of response to the request.

This post is based on a panel presentation given on 24 October 2016 at the Law, Borders and Speech conference organised by the Center for Internet and Society at Stanford Law School. It benefits from insights gained during the conference, for which I am indebted to the participants. 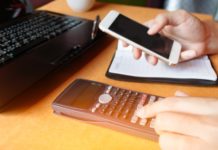 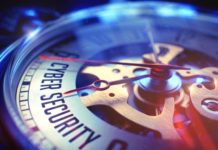 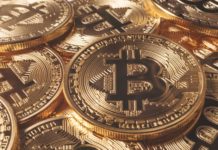