Home News Article When AI systems cause harm: the application of civil and criminal liability 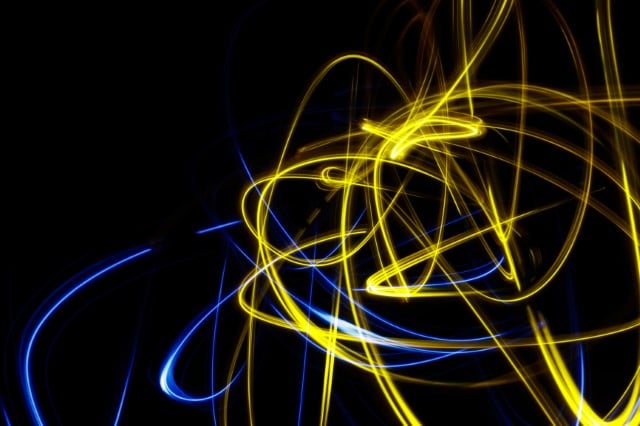 By Ben Hughes and Russell Williamson

It’s fairly safe to say that, in the main, those of us who practice commercial law do not have sufficient expertise in computer science to assess whether any given computing system is based on artificial intelligence (AI) techniques or on more traditional system development techniques.  Indeed, AI systems are often described in terms that, to us laypersons, seem better suited to science fiction – as exemplified by HAL, the sentient computer in Stanley Kubrick’s 1968 film 2001: A Space Odyssey – than real life.  Even in debates between computer scientists, AI has been light-heartedly defined as “whatever hasn’t been done yet“, suggesting that it is more akin to magic or wishful thinking than reality.

But, bringing a more blame-focused lawyer’s perspective, we can see that, possibly more so than traditional systems, systems based on AI techniques or methods are developed by combinations of separate designers, developers, software programmers, hardware manufacturers, system integrators and data or network service providers.

Crucially, each of these different contributors may be distinct legal persons meaning that, if things go wrong and harm occurs, there could be a wider range of potential litigants (e.g. individuals, businesses, universities, public bodies etc.) when determining who is responsible and, ultimately, at fault.  The question of ‘who is liable?’ is becoming increasingly significant as more powerful AI systems are created, whose failure could in principle have catastrophic consequences.

With the possibility of these different litigants in mind, this article explores how civil and criminal liability might arise under English law in relation to the supply and use of such systems, based on the following grounding principles:

We also consider how the current liability frameworks in place (some of which were created before the current age of AI) might be changed in the near future at a legislative level.

“We are all, by any practical definition of the words, foolproof and incapable of error.“

For example, the supply and use of a driverless car (as a product) is likely to trigger different liability considerations than the supply and receipt of advice that is produced by an AI-enabled robo-adviser (a service).

We explore the different sources of English law that may apply to these two examples.

If you mention driverless (or self-driving) cars in a discussion about AI systems, you risk being accused of dealing in clichés.  However, this would be unfair because cars are a helpful illustration of an everyday product that looks set to become considerably more advanced in the coming years and which, if things go wrong, could cause considerable harm.

Indeed, manufacturers are making vehicles with increasingly sophisticated autonomous (or ‘automated’) features that collect ‘sensory’ information about the driving environment and then, through the use of AI-enabled control systems, interpret and control (or ‘drive’) the vehicle based on that information.

We do not yet know the level of autonomy that will ultimately be attained, but the ‘Holy Grail’ seems to be fully autonomous vehicles that are able to perform all the driving tasks that humans can, perhaps even performing some tasks that humans cannot, without requiring any kind of human or manual intervention.

Whether or not full autonomy is achieved in the near future, there are cars in operation now that have varying levels of partial autonomy that depend on automated control systems.  The use of these vehicles raises questions as to who should be held to blame if a system-level defect causes a road accident or other harm.  As an example, in March 2018 reports emerged of a ‘self-driving’ Uber car operating in an autonomous mode that killed a pedestrian (pushing a bicycle across a road) in Arizona[1].

Under English law, the key ways in which the supply of a defective driverless car (or its component parts/systems) could result in a civil liability claim are as follows:

This regime gives rise to two important questions: (a) what is a ‘product’?; and (b) what is a ‘defect’?

“I know I’ve made some very poor decisions recently…“

AI systems are now used on a routine basis to produce professional advice with either limited or no human invention, including in the fields of medicine, finance and law.  Such AI-enabled systems come with various labels but we refer to them as “robo-advisers”.

However, unlike in the case of the driverless car, it seems unlikely that a claimant could successfully argue that an AI-enabled robo-adviser was supplied as a “product”, meaning that the defendant would not be liable under the strict liability regime of the CPA.  That regime was not designed to cover the provision of ‘services’.

“Dave, this conversation can serve no purpose anymore. Goodbye.”

In addition to civil liability for damage caused by a defective product, there is separate legislation that regulates the supply of ‘safe’ products – which could equally apply to AI systems.

Failure to comply with these obligations can constitute a criminal offence, punishable by an unlimited fine or imprisonment (for up to 12 months) for very serious cases.

Similar to the issues discussed for the civil strict liability regime, there is some uncertainty as to whether software forming part of an AI-system would constitute a ‘product’ for the purpose of these regulations.

For very serious matters, the Corporate Manslaughter and Corporate Homicide Act 2007 can impose a criminal offence of ‘corporate manslaughter’ where the way in which a company’s activities are managed or organised: (i) causes a person’s death; and (ii) amounts to a gross breach of a relevant duty of care (e.g. in negligence) owed by the company to the deceased person.

In the context of driverless cars, the Law Commission (as part of its review of the law regarding autonomous vehicles) is considering whether certain criminal sanctions should be reformed.  In particular, one proposal being debated is that ‘users-in-charge’ (i.e. a qualified and fit to drive person) of an automated vehicle would not be liable for breaches of road rules committed while the automated driving system was engaged.  Instead, if the breach lies with the automated system, the matter should be referred to a new regulatory authority and each automated system would need to be backed by a self-selected entity responsible for that system.  If this proposal was adopted, the responsible entity in most cases will be the developer or manufacturer of the relevant system (including, for example, any partnerships if the system involved the input of two software developers) and that entity could face direct criminal sanctions (such as financial penalties and the withdrawal of approval to supply the system).  Any such reform will involve increasing the responsibility and liability risk for system developers or manufacturers which, in turn, may lead to greater insurance costs.

“As to whether he has real feelings is something I don’t think anyone can truthfully answer.”

Discussions on legal liability in the context of AI systems often mention the so-called “black box” or “explainability” problem. The problem is said to arise because AI systems are comprised of complex algorithms and data sets that are software-generated (rather than created by human beings) and, as a result of this, are not fully understood by, or perhaps not even capable of being understood by, human beings. Accordingly (it is said), it may not be possible for a human to explain why an AI system (using such self-generated algorithms or data sets) reached a particular answer (or made a particular “decision”).

This may be a problem for computer scientists who are seeking to understand AI systems’ behaviour, perhaps in order to resolve problems or prevent them from happening in the future.

From a lawyer’s perspective, however, it is less clear whether or not AI systems being “black boxes” will be relevant in determining the liability of defendants. We think that the relevance of any such “explainability” problem will ultimately depend on the facts and the application of the relevant law in each case.

Having said that, we do think it is important to bear in mind that any consideration of liability in a civil or criminal matter is ultimately a question of whether or not the acts or omissions of the relevant defendant (as caused by the relevant AI system’s decisions) were illegal.  Did those acts or omissions amount to breaches of contract, negligence or criminal offences (as the case may be)?  It is important to reinforce the point that the defendant in any case will be a legal person, not an AI system.

For example, a claimant may have lost money after acting on poor investment advice supplied by a defendant whose advice was generated by a robo-adviser.  The claimant’s case may be that the defendant failed to provide the investment advice in accordance with an implied term or common legal duty that it should do so with reasonable care and skill.  The claimant may be able to establish breach without needing to explain why the robo-adviser reached the conclusion that generated the poor advice.  It may therefore be possible for the Court to find that the defendant is at fault purely on the basis of the quality of the advice itself.

The Court may have ruled in the same way irrespective of whether the advice was produced using a robo-adviser or a human adviser.  We should not forget that the human brain also has “black box” features (we often cannot explain human behaviour) but this has not prevented Courts from finding defendants liable in the past.

Accordingly, we think it is too early to tell whether the “black box” problem in computer science gives rise to a similar problem in the context of determining whether AI systems’ decisions give rise to legal liability.

We also do not think it is safe to say that the involvement of an AI system with “black box” features would, in every case, harm a claimant’s ability to show that the defendant’s acts or omissions were the cause of the relevant wrongful consequence.

This is because, under English law, a claimant will just need to show:

Neither of these tests require the claimant to explain why the defendant acted in the way contended.

(2) Are there ways to mitigate or manage your risk?

“Look Dave, I can see you’re really upset about this. I honestly think you ought to sit down calmly, take a stress pill, and think things over.“

As can be seen from the issues addressed in this article, certain civil and criminal laws (which could be applied to AI systems) are likely to be reformed.  That said, in relation to product liability, there are steps that can be taken by developers, manufacturers and suppliers now to seek to mitigate (or at least manage) their risks in the event a problem arises.  In particular:

“I am feeling much better now.”

[1] The US National Transportation Safety Board (NTSB) is due to hold a meeting on 19 November 2019 to determine the probable cause of the crash.  However, initial documents released by the NTSB refer to software flaws and suggest that: (i) the car failed to identify the victim (as a pedestrian) and the bicycle as sources of an imminent collision until just before impact; and (ii) the system design did not include a consideration for jaywalking pedestrians (https://www.ntsb.gov/news/press-releases/Pages/ma20191017.aspx).

[3] Goods themselves are defined as including substances.

[4] The English Courts have not addressed the question directly in the context of the CPA and/or the PLD.

[7] https://www.lawcom.gov.uk/project/automated-vehicles/.  Final recommendations are due to be published in 2021. 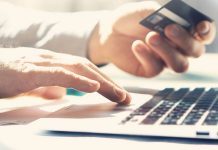