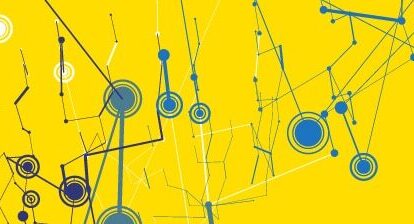 Status and pain points in implementing the new telecoms code

The European Electronic Communications Code (the Code) came into force on 21 December 2020. Member States were due to adopt the Code in their national legislation by that date. However, only two Member States have succeeded in implementing the Code in time. The UK also took a different course as a result of Brexit and carried out a partial implementation of the Code. This article contains an overview of the status of the implementation across the EU.

The Code brings providers of number-independent interpersonal communication services (NI-ICS) like Over-the-Top (OTT) messaging services within the scope of regulation. Although the Code aims to establish a harmonised framework for the regulation of electronic communications networks, electronic communication services and associated facilities, including data centres, the legislative proposals and implementation bills show different approaches in terms of the implementation. For companies offering electronic communications networks and services throughout the European Union, a country-by-country analysis is recommended to anticipate any compliance issues in time, as well as identifying issues that companies may want to bring forward during the public consultation or the legislative process.

The main points that emerged are:

In the following countries draft implementation bills were sent to Parliament: Bulgaria, Czech Republic, Estonia and Lithuania. With regard to Cyprus, Germany, Latvia, The Netherlands, Romania, Slovakia, Slovenia and Spain the public consultation ended, and draft bills are in process but are not yet sent to Parliament. In Austria and Poland, consultations with targeted stakeholder groups are pending. In Belgium, the Cabinet held informal discussions with stakeholders. It is still uncertain whether a public consultation will take place. In Croatia, Luxembourg and Sweden, no official information was published with respect to the timing of the public consultation.

France and Italy have chosen to implement the Code through a statutory instrument by means of a fast track procedure which leaves out the parliamentary process. Regarding Ireland, a public consultation on the final draft is expected to start in January. In France and Italy, the Code could still be implemented within a short timeframe, without a public consultation. With respect to the UK, the national regulator Ofcom published final decisions on minor changes, as well as the final notification of the changes that were made to regulatory rules to implement the customer protection rules in the Code and revised consolidated versions of the rules.

Information on the implementation of the Code is available through Bird & Bird’s implementation tracker which is updated regularly. You will find it here.

Feyo Sickinghe
Netherlands
Feyo is Principal Regulatory counsel in Bird & Bird's regulatory team and a member of the Tech & Comms Group in The Hague, where Feyo supports clients in their lobbying activities, drawing on his in-depth business knowledge and extensive experience in TMT and public administration.
View profile
Related articles